Standard
Listen to “Fiction or Faith?” NOW from our archives at Unity Online Radio OR download the podcast from iTunes! 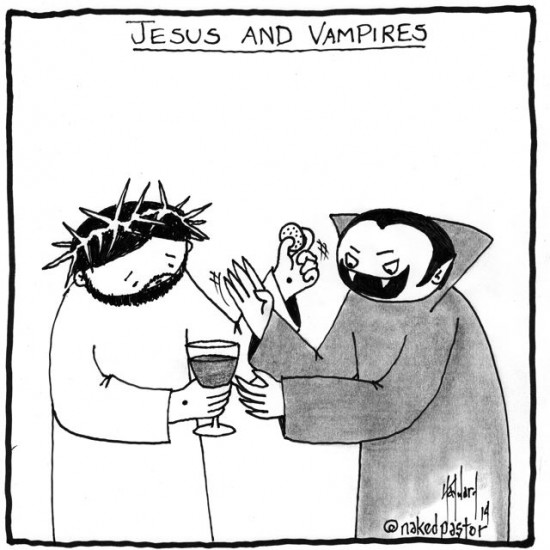 NOTES from before the show:

Charmed – was groundbreaking – and award winning!

Charmed achieved both critical and popular acclaim, with its first episode “Something Wicca This Way Comes” garnering 7.7 million viewers, breaking the record for the highest-rated debut episode for The WB.[1] During its fifth season, the series became the highest-rated Sunday night program in The WB’s history.[2][3] At 178 episodes, Charmed is the second-longest drama broadcast by The WB and the second-longest running hour-long television series featuring all female leads.[4] The series has also received numerous awards and nominations. In 2010, HuffPost TV and AOL TV ranked Charmed within their joint list of “The Top 20 Magic/Supernatural Shows of All Time”, while in 2013, TV Guide listed the series as one of “The 60 Greatest Sci-Fi Shows of All Time”. Charmed has also become a pop culture reference in television shows and films, and several other witch-themed shows have been compared to the series.

All Hallow’s Eve is upon us. It’s only fitting that we have a special Halloween pop culture edition! Our guests are Malayna Dawn and Stacy Macris Ros from Pop Conscious radio. The discussion started Monday when I visited their show. Now it’s time for Part 2 of Halloween Spirit-uality.

Examining Our Shadows – The Symbolism of Monster Archetypes

How about some Halloween Spirit-uality?

Before we begin examining the monster archetypes, it’s important to realize that they don’t just represent a dark, malevolent side of us, but rather the part of our being that is least familiar to our conscious mind.

They become hostile only when it is ignored or misunderstood–expressing themselves through behavior that often sabotages our wishes or image of ourselves. But they serve us by nudging us toward the light. The important thing is that if you feel some resonance these or any other symbolic roles, you should examine what they represent to YOU.

Let’s think of our inner monsters as our as unexplored power, bringing light to what is in shadow.

A skeleton is all bones – no soft parts left to hurt, no parts to make pretty. They are dead, but they grin and dance.  In the Mexican celebration known as Dia de los Muertos, or Day of the Dead, people dress up skeletons doing everyday things, to show us our grinning mortality.  Maybe they tell us not to be afraid of death? If we are feeling skeletal, perhaps we have lost touch with our humanity and need to nourish ourselves.  Maybe our eyes look empty, and we need to reinhabit our bodies.

Written by Malayna Dawn as part of a Halloween Sunday talk at Unity Community Church in 2005.  It can be found on her Symbolic Themes blog.

Like Loading...
Standard
Listen to this show NOW from our archives at Unity Online Radio!
Or on iTunes
Episode Description:

It’s the time of monsters and magic, witches and werewolves, vampires and voodoo, zombies and … well, you get the idea. All of these have symbolic meaning that we celebrate each Halloween season, but we may not know why it resonates within us. With our special guest Rev. Ogun Holder, a fellow pop culture aficionado, we’ll look at some of the most popular depictions in pop culture and come up with ways to make your Halloween more deeply meaningful without taking away the fun! And be sure to tune in to his show, Rants to Revelations, on Wednesday as we continue the conversation that’s just too big for just one show!

Malayna’s Notes: (You’ll have to listen to the show to hear how the conversation really went!)

Vampira (from Wikipedia)– Maila Nurmi was a Finnish-American actress born in Petsamo, Finland, who created the campy 1950s character Vampira. She portrayed Vampira as TV’s first horror host and in the Ed Wood cult film Plan 9 from Outer Space.

According to Nurmi, this was because the station cast comedic actress Cassandra Peterson in the part without consulting her. “They eventually called me in to sign a contract and she was there”, Nurmi told Bizarre magazine in 2005. “They had hired her without asking me.”[19]

Unable to continue using the name Vampira, the show was abruptly renamed Elvira’s Movie Macabre with Peterson playing the titular host. Nurmi soon filed a lawsuit against Peterson. The court eventually ruled in favor of Peterson, holding that “likeness means actual representation of another person’s appearance, and not simply close resemblance.” Peterson claimed that Elvira was nothing like Vampira aside from the basic design of the black dress and black hair. Nurmi claimed that the entire Elvira persona, which included comedic dialogue and intentionally bad graveyard puns, infringed on her creation’s “distinctive dark dress, horror movie props, and…special personality.”[20] Nurmi herself claimed that Vampira’s image was in part based on the Charles Addams The New Yorker cartoon character Morticia Addams, though she told Boxoffice magazine in 1994 that she had intentionally deviated from Addams’ mute and flat-chested creation, making her own TV character “campier and sexier” to avoid plagiarizing Addams’ idea.[21]

Universal Monsters or Universal Horror is the name given to a series of distinctive horror, suspense and science fiction films made by Universal Studios from 1923 to 1960. The series began with The Hunchback of Notre Dame and The Phantom of the Opera, both silent films starring Lon Chaney.

Universal continued with talkies including monster franchises Dracula, Frankenstein, The Mummy, The Invisible Man, The Wolf Man, and Creature from the Black Lagoon. The studio’s leading horror actors during this post-Chaney period were Bela Lugosi, Boris Karloff, and Lon Chaney, Jr..