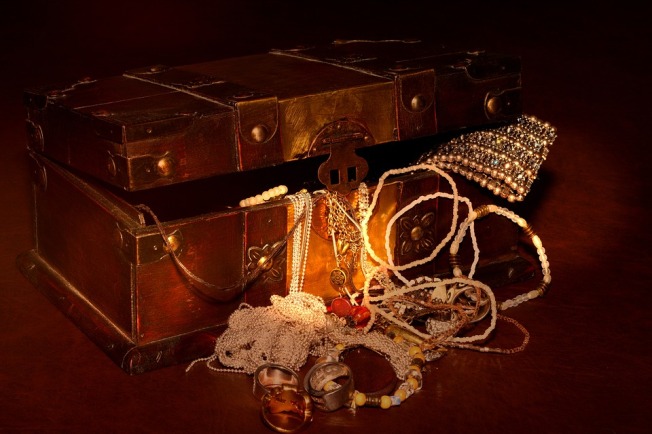 We get a lot of our ideas about how prosperity is supposed to look from TV and movies, but we can also find great metaphors that illustrate the prosperity principles that make our lives richer now. Join Malayna and Michele as they talk about their studies in prosperity from a spiritual perspective, and the books, music, TV, and movies that illustrate an approach to prosperity that is in alignment with our values, hearts, and dreams.

Det. Marcus Bell is studying for the sergeant’s exam not because he wants to be a sergeant, but because he wants to make more money to help care for his mother.  While Joan Watson and Sherlock help him study, they keep including things he insists won’t even be on the exam.  They finally give him a test case to solve, which he does.

EW recaps: When Marcus figures out the case, Sherlock reveals that it was a real case and that Marcus was responsible for bringing the wanted man in. Sherlock and Joan wanted to show him how indispensable he is as a detective. On top of that: The wanted man had a $40,000 bounty on his head, so Sherlock gives Marcus a check, signed to his mother, for $36,000 — he had to take a 10 percent finder’s fee, after all.

SO – he mistakenly looked to his job as his source of income.  He did what he was good at – being a detective.  AND his creative and clever friends found a way by thinking out of the box.

Characters that lose all their millions and make it back again – All My Children, Adam Chandler and Palmer Cortland

We are walking in the Kingdom, it’s all already ours, but our own limiting beliefs are in our way.  The feast is set before us, but our eyes are closed.

Enoughness – Garden of Eden as the Amazon Rainforest

Money is energy, we worship with it what we love.  Would we treat it differently if we thought of it as love notes?

Rules include: Brewster isn’t allowed to

have any assets to show for the $30m or waste the money in any way. If successful, Brewster gets to inherit $300m. The biggest problem of all however, is that Brewster can’t tell anyone what he’s doing, so everyone thinks he’s crazy. Add to this the fact that if he fails, two scheming trustees will get their hands on the money, Brewster’s task is not an easy one.

“ZERO TO ZILLIONAIRE: 8 Foolproof Steps to Financial Peace of Mind”

From Worry to Wealthy: A Woman’s Guide to Financial Success Without the Stress

After one of the most recognizable echoing bass lines in history, the word “money” is repeated at different cadences 30 times in a row. No wonder it’s the opening theme song for The Apprentice, and the No. 1 song on our list.

The best things in life are free
But you can keep ’em for the birds and bees;

With its rumbling bass line and “money” sound effects of coins and cash registers, this Pink Floyd tune was the only track from The Dark Side of the Moon to enter the top 20 on the Billboard Hot 100. It’s also unique in that it’s time signature is 7/4, instead of the standard 4/4 heard on almost all other rock songs. To top it off, “Money” also has one of the best guitar solos of all time.

I don’t know what, they want from me / It’s like the more money we come across / The more problems we see

Dire Straits frontman Mark Knopfler actually based most of the lyrics on an appliance store employee’s reactions while watching music videos.